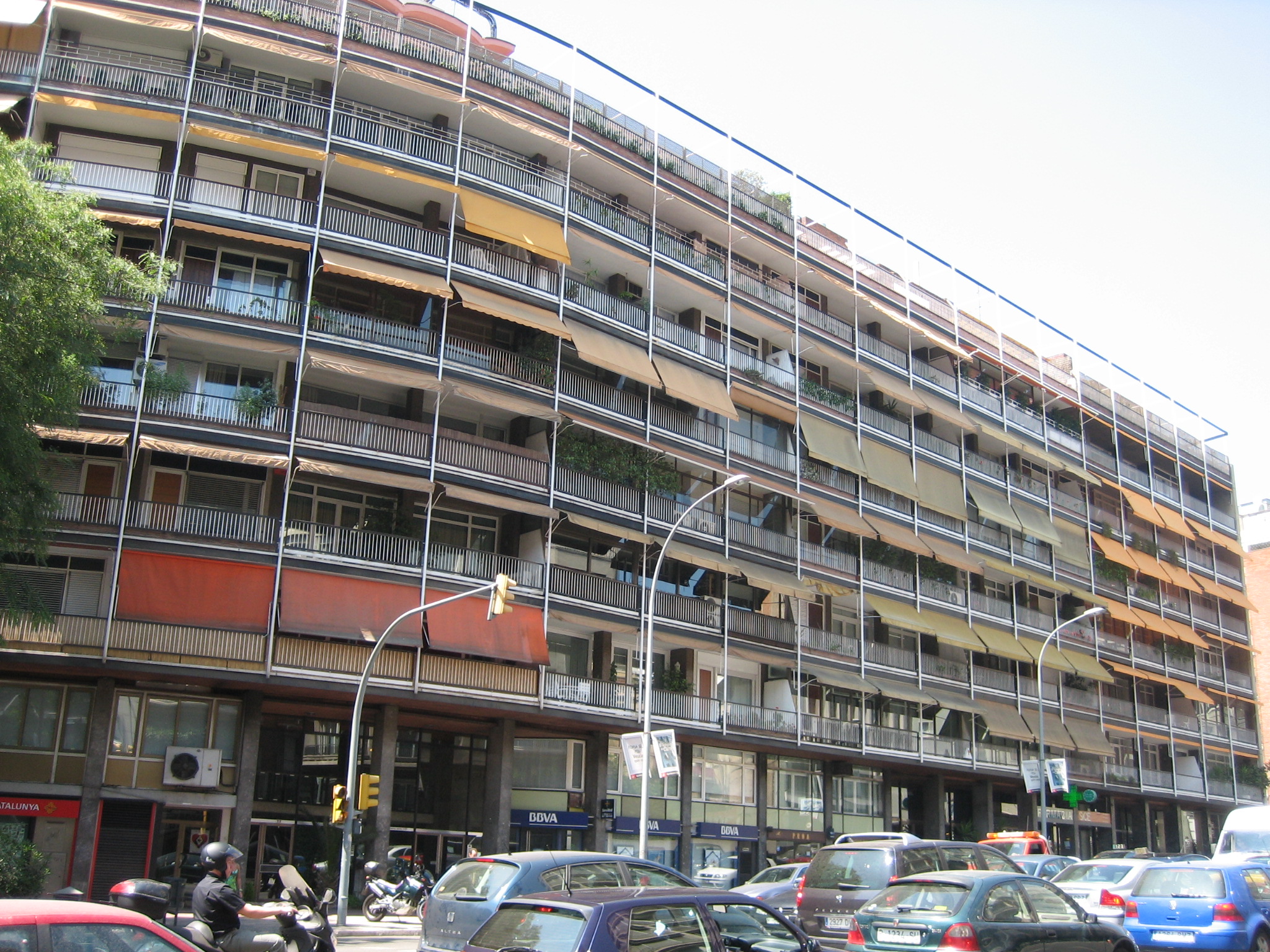 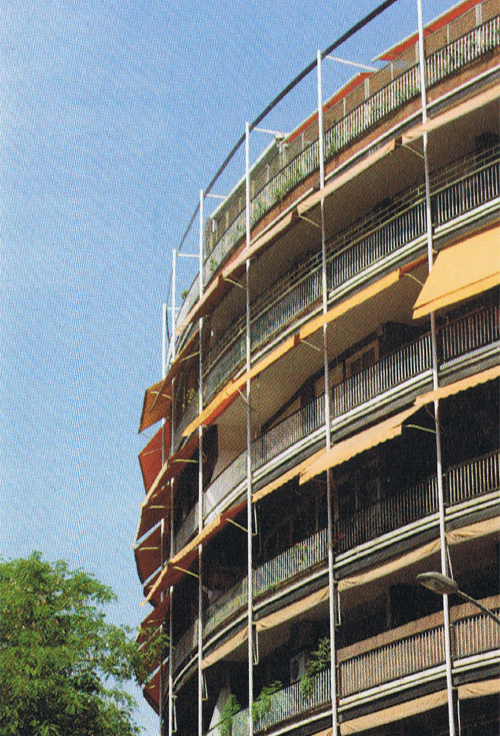 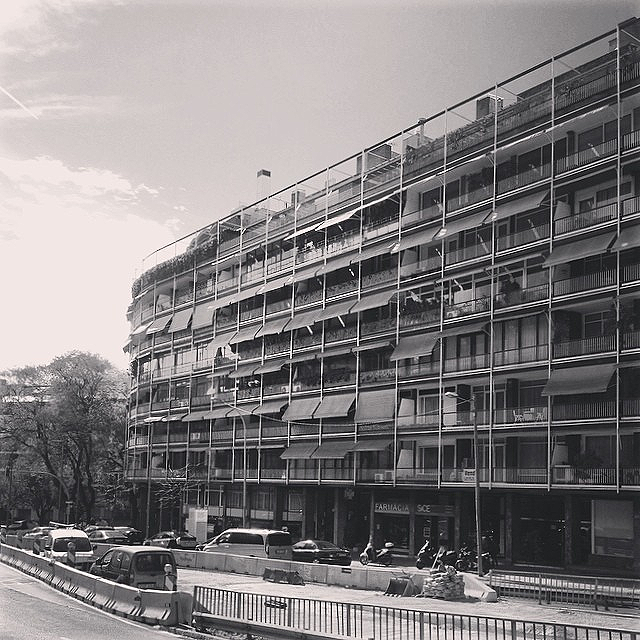 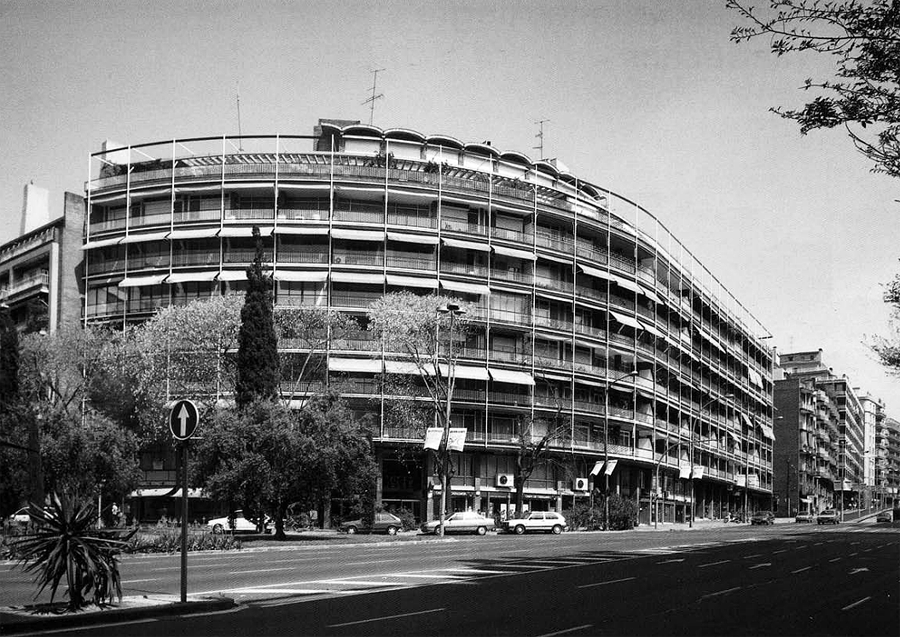 Mitjans acknowledge and resolved the urban link between Ronda General Mitre and Carrer Mandri and the transition from one to the other of these two thoroughfares of very different character. The solution of continuous terrace on the façade and its curving alignment with the street emphasize this determination to adapt to the urban environment. The powerful presence of the horizontal of the floor and ceiling slabs is subtly modulated by the vertical metal strips. The „comb-like” solution for the floor plan is revived in masterly fashion in this building, which has deep courtyards at the rear, a device that Mitjans used earlier in the Manzana Seida and again later in the CYT building on Via Augusta.