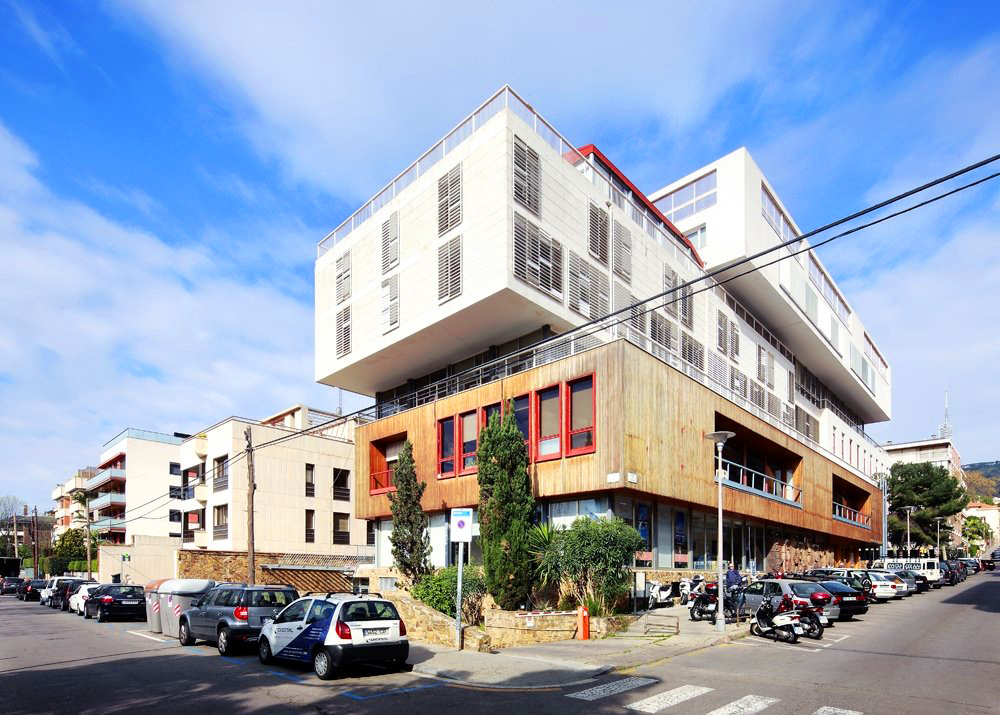 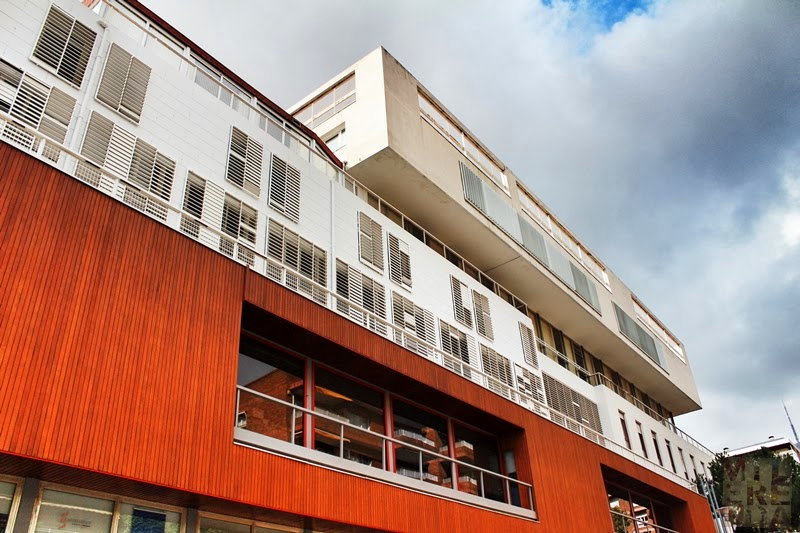 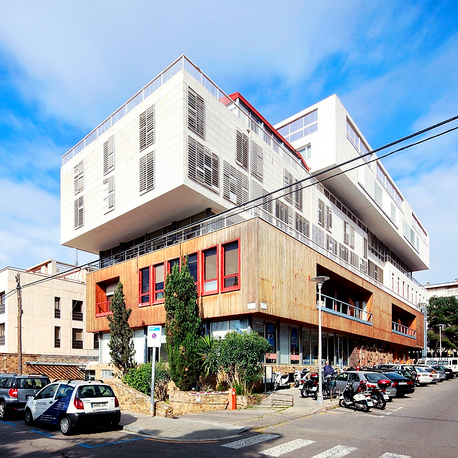 Following the work he did for the competition for the corporate headquarters of the Royal Catalan Car Club (R.A.C.C.), Robert Terradas attempted to organize the program for the offices of the Professional Association of Doctors using a similar volume yet one that was more contained given that it was in a more residential area and would abut the end walls of the immediately adjoining buildings. Even so, trough his choice of different textures in the facade cladding materials, he managed to emphasize the separation between the volumes that make up the building. The treatment of the entrance and the entire first floor in the building bases and arcaded areas successfully enables the first floor to adapt to the various slopes of the surrounding streets. The apertures in the facade are of the appropriate size to present a more residential aspect appropriate to the urban environment that the building stands in.

Robert Terradas i Via