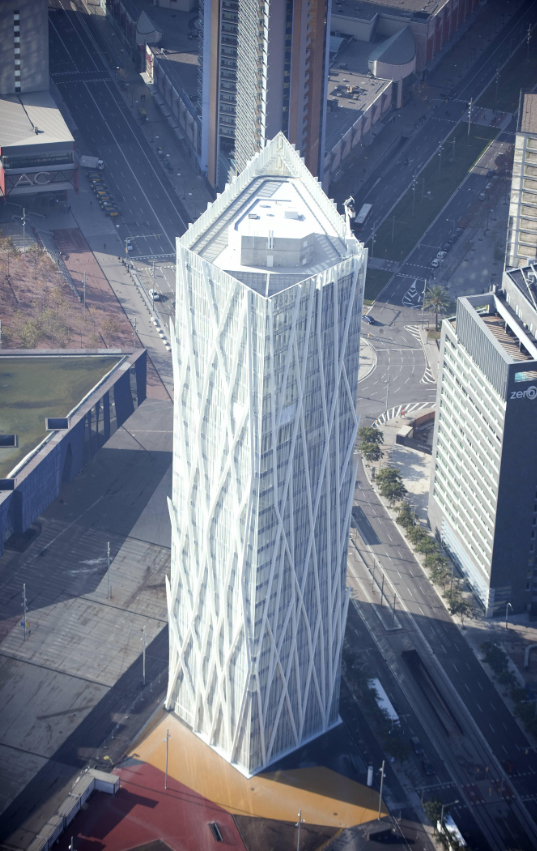 The area Fòrum-Besòs stands to the east of the city, between the Vila Olímpica and the Besòs, in the district of Sant Martí. Torre Zero Zero lays on the border between the consolidated city and the large expanses of public space in the Forum area. 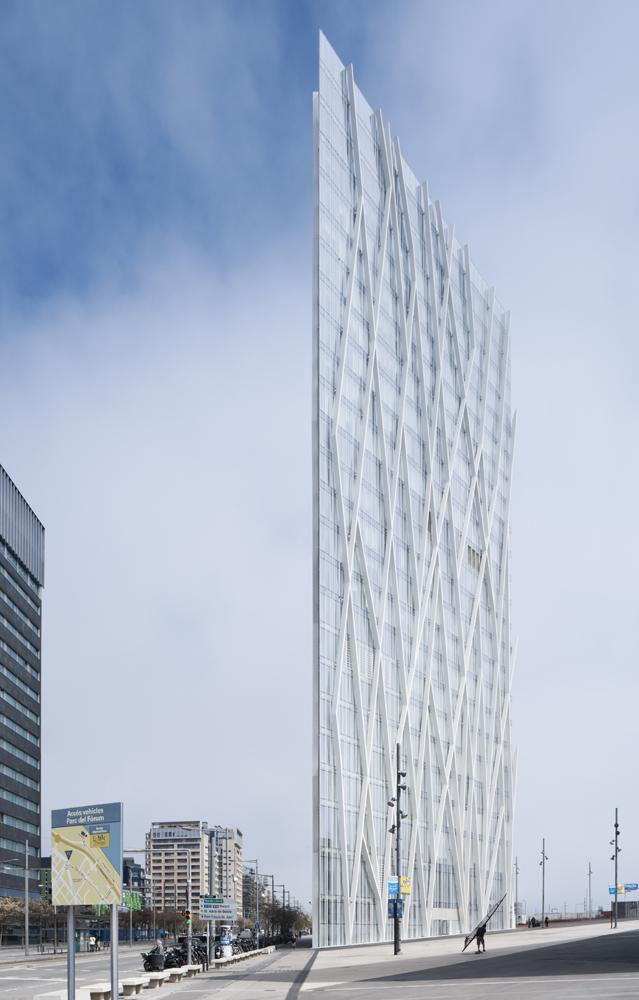 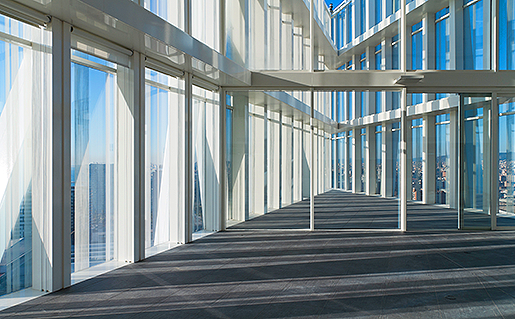 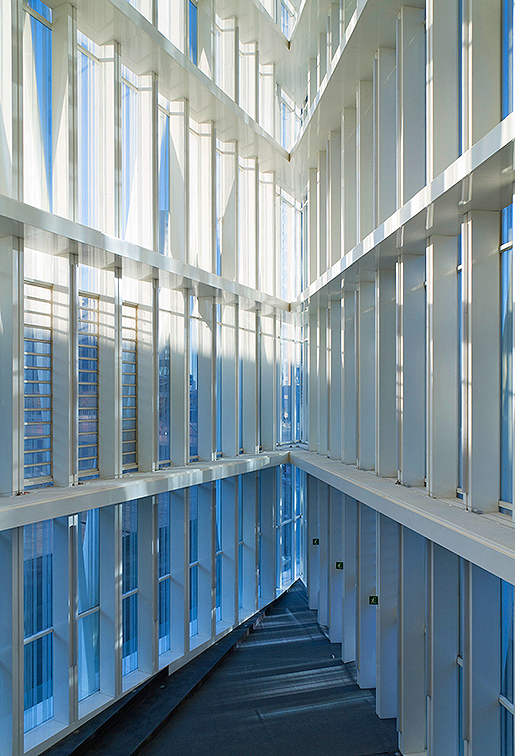 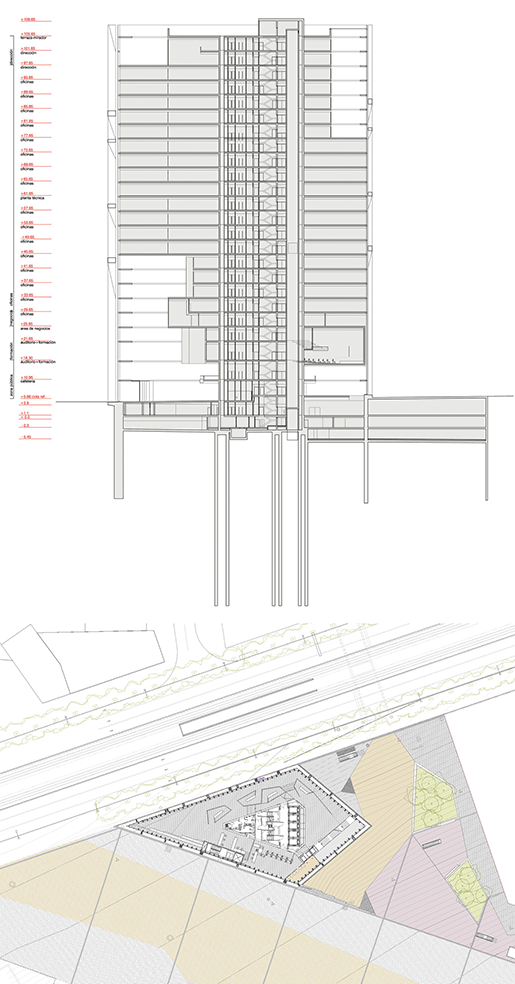 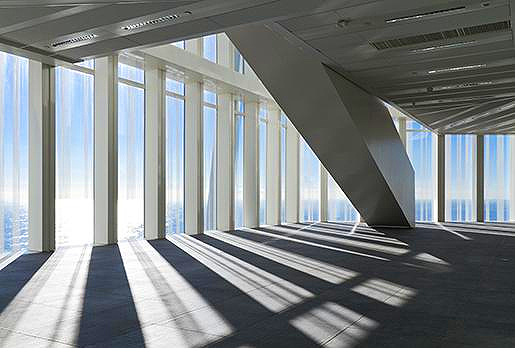 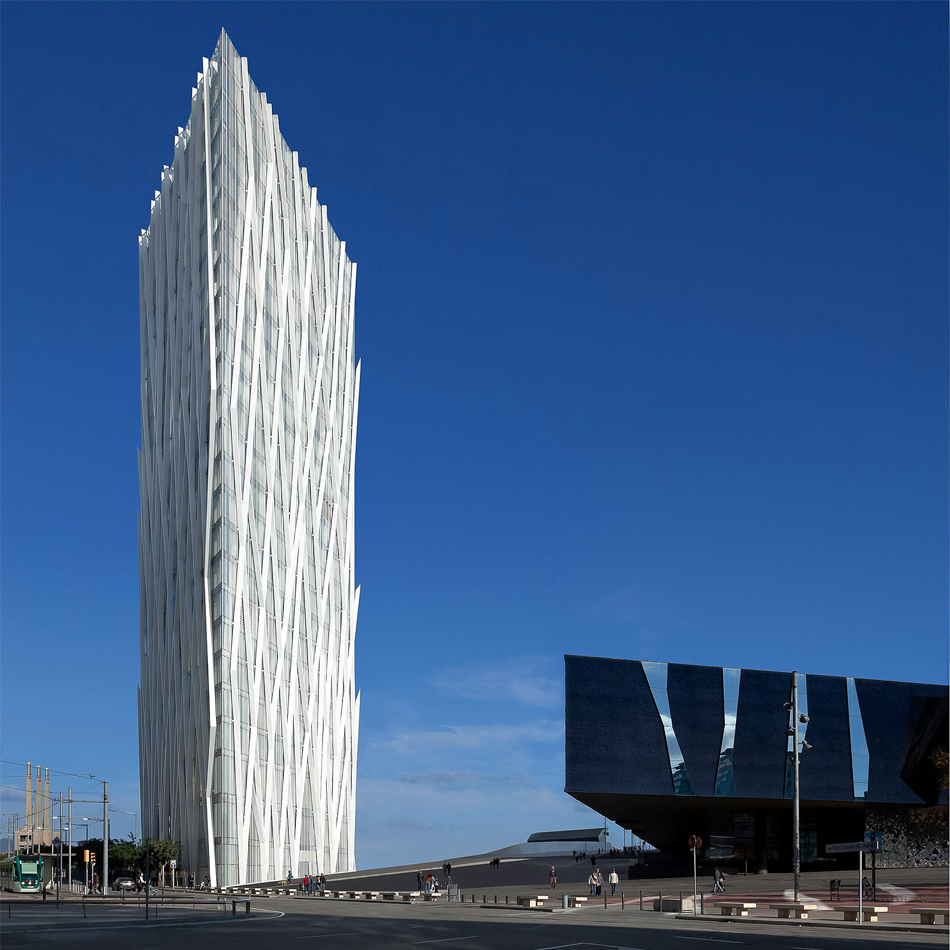 Its immediate surroundings consist of isolated buildings in a diverse context of different scales and uses that generate at the same time a metropolitan centre and a local neighbourhood still in formation. It is a contextual tower that has a double reading, from near and far, in response to the two scales that such tall buildings must address. Taking the urban directions that form the perimeter of the plot as generators of its form, it is a trapezoidal prism, sharp and stylized, a clean and serene form, whitish and light, which reveals dynamic volumes that respond to the different specificities of the interior program and relate to the various heights of nearby buildings. The exterior responds to the city and the view from afar, and the interior responds to the program and the close-up vision. The perimeter structure is split into two parts: very small and slender vertical interior pillars that only take compression stresses, and external elements that bear horizontal forces and torque. These create a diamond lattice facade that follows the stresses of each part of the building, with the greatest concentration of bearing elements in the lower half and less so in the upper parts. The floors are solid concrete slabs that transmit these horizontal forces to the central core.